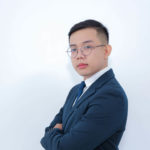 Being the fresh generation, Mr. Phuoc not only brings his up-to-date legal theories but also his brand new enthusiasm for LTT & LAWYERS.

Having trained in both Business fields and Dispute Settlement one, Mr. Phuoc is willing to bring his qualifications and experience to support the Client in any kind of service e.g. Foreign Investment; Company Establishment and Operation; Regular Legal Consulting.

Mr. Phuoc is incredibly hard-working and he has great qualifications as well. He has been officially working with LTT & LAWYERS LAW FIRM when he was undergraduate. Then, by his great effort in keeping the balance between his study and his work at LTT & LAWYERS LAW FIRM, he finally graduated with Distinction from Ho Chi Minh City University of Law and had significant performances for the student’s activities as he desired. He is not only good at the legal theories, but his experiences in the actual legal environment are also considerable as well. He has several times having business trips to help the Clients in different provinces in Vietnam e.g. Dong Nai, Ninh Thuan, which helps him to face the hardest kinds of stuff arising in the fastest time possible.

Mr. Phuoc also held key positions in many organizations during his time at University. He was also the Academic staff of the Asian Law Student Association HCMC Chapter (“ALSA HCM”) and was invited to be the judge, guess and speaker in many student activities by his great energy and influences. Besides, he has had some effective legal articles in Saigon Times Newspaper, which makes him believe that he can support the community by his bright ideas.

In addition to his native Vietnamese, Mr. Phuoc has a flair for English communication.